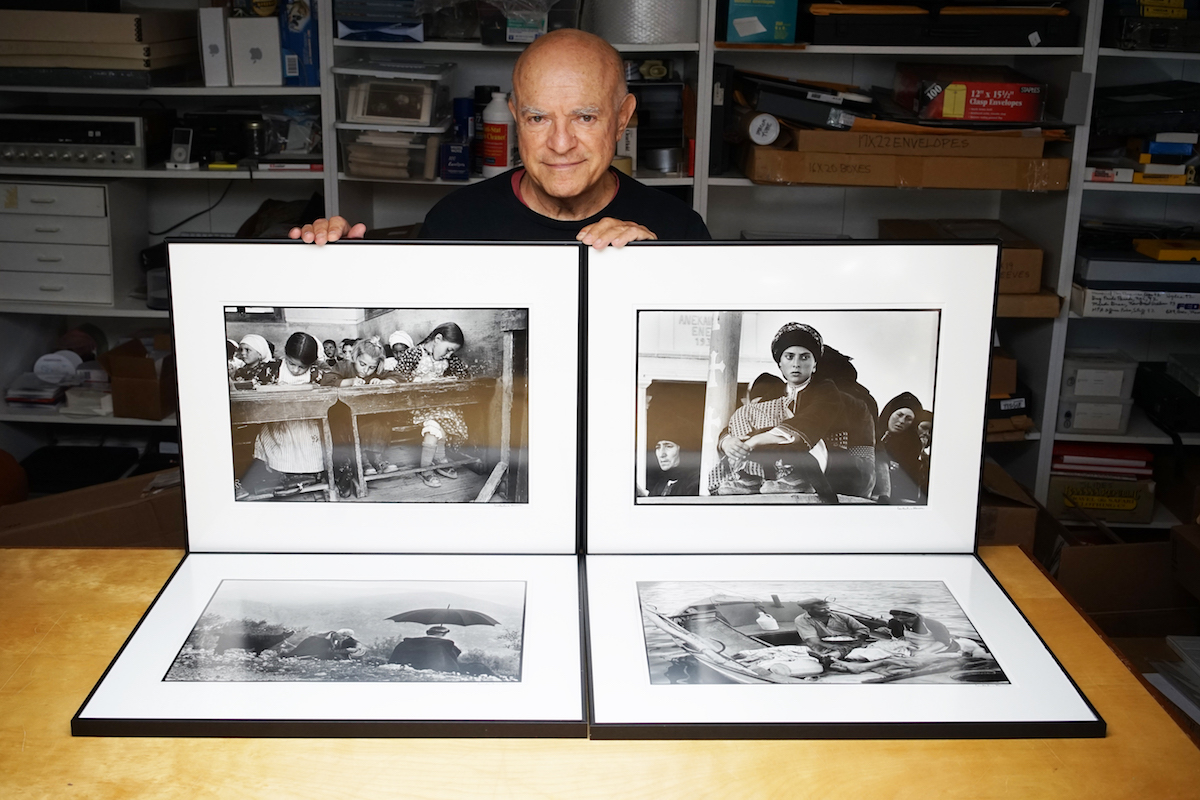 Constantine Manos was born in Columbia, South Carolina, U.S.A., of Greek immigrant parents. His photographic career began in the school camera club at the age of thirteen, and within several years he was a working professional. He graduated from the University of South Carolina with a B.A. in English  Literature. At the age of nineteen he was hired as the official photographer of the Boston Symphony Orchestra at its summer festival at Tanglewood.

Upon completion of his military service, he moved to New York, where he worked for Esquire, Life, and Look.  His book, Portrait of a Symphony, a documentary of the Boston Symphony Orchestra, was published in 1961. From 1961 to 1963 he lived in Greece, where he made the photographs for his book A Greek Portfolio, first published in 1972. The book won awards at Arles and at the Leipzig Book Fair, and exhibitions of the work took place at the Bibllothéque Nationale in Paris and the Art Institute of Chicago. In 1963 Manos joined Magnum Photos.

Returning from Greece, Manos settled in Boston and completed many assignments for Time-Life books, including their book on Athens. In 1974 he was the chief photographer for Where’s Boston?, a multimedia production that documented the city and provided the photographs for his book Bostonians.